Looking back at this past weekend I realized that I never did a recap of my daughter’s 1st birthday party.  I planned tirelessly for several weeks without realizing that the week before the party I was going to get a terrible cold. The day of the party everything that could go wrong did for but nonetheless we had a blast. Hardly anyone knew that I was involved in a hit-and-run accident on my way to the venue. My original cake that I stayed up all night working on along with 60% of my desserts were ruined as a result of the accident. My little Buttercup refused to take a nap that day and was super fuzzy. About 10% of the desserts that made it through the accident began to melt. Would I change things about that party? Absolutely. Would it really matter to anyone but me? Probably not. Like I previously mentioned here the day of the party is dedicated to fun. I had a blast watching everyone put on their Mickey & Minnie ears, playing carnival games, and mostly I enjoyed celebrating with those I love. Without further ado here’s a little glimpse at the party we thew my little Buttercup last year.

Well there you have it folks bits and pieces of the party we thew my little Buttercup. Will she remember it? No, but will I tell her how much I loved planning it. On another note I really need to start taking more photos of all the DIY things I do.

Please refer to my two Pinterest board for more inspiration. HERE and HERE

Please stay tune in the following weeks for a re-cap of this year’s Frozen extravaganza.

Check out my Pinterest board for my little Buttercup’s 2nd birthday party HERE. 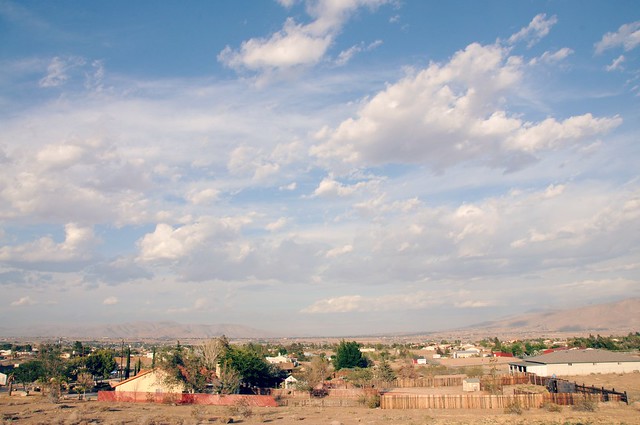 It all began shortly after high school like most great fairy tales begin. Right?! 15 years ago I walked into a bakery bright eyed, timid, and a total nervous wreck but little did I know that my life would change forever.

I grew up in a very small town in the Central Valley where after high school you either enter the military, get married (more likely pregnant), or you leave town in hopes of a better future and I decided on the latter. In a manner of a few days I applied, had a phone interview and was on my way to my first real interview. With my parents blessing I took enough clothes for 3 days and headed out as the Dixie Chicks say to Wide Open Spaces. By the end of the week I was given a position as a “culinary hostess” at the Happiest Place on Earth.  Words cannot describe my delight as I began working on October 23, 1999. The friendships and memories that I made there by far exceeds what I ever expected out of my “first” job. (I worked as a welder for a summer when I was 16 so technically my second job.)

I worked full time in several positions throughout the park for almost a decade while I attending school full time on and off. I wouldn’t change anything about my time there because I believe it has made me who I am today. The values the company instilled in me will be part of me for as long as I’m alive and I’ve very proud to take to any company I might work at in the future. At Disneyland I learned how important it is to initiate guest contact, that picking up trash is done by everyone throughout the park, maintaing the “show” aspect is what makes this place special, and genuinely caring for our guest is the number one priority. Keep in mind that when I refer to the guest I’m not just talking about the adults but to children as well. I learned how to communicate with children more easily and how to get down to their level. I learned about public speaking and now I’m able to communicate with anyone I come across.

I was part of the magic that was created there on a daily basis.  Some of the moments guest felt were above and beyond were documented at guest relations and in 2008 I was lucky enough to be nominated for a Service Excellence award for it. Most of what I did will never be known and I’m okay with that because it will stay in my heart.   Here is just a small glimpse of what I helped create and to my defense I left the couple without refills to go get a piece of cake at another location. Guest go to the park for different reasons and one cannot assume that they are simply there on vacation.  Wether it be for an afternoon of fun with their families, trying to escape something difficult in their lives or to celebrate something people always turn to the Park. Some of the individuals that go saved up for months or years to be able to take their families there. (My family was one of those people.)  I was taught that you threat everyone the same whether they be an annual passholder, a celebrity, or a regular person.  I learned how to deal with different personalities from all over the world. Through my guests I learned about different cultures and customs. My co-workers became part of my family as I spent most of my holidays working long hours.  In fact I loved working holidays because everyone was so happy to be  there celebrating. What better place to ring in the New Year or 4th of July?

The company also instilled in me a sense of citizenship. I participated in several VoluntEARS events throughout my time there. They encourage cast members to help out in their community. I relished in helping out in any way I could whether it be by raising money for a walk, painting a playground, spending time with the children at CHOC, or other events throughout the year.

Out of all my time working for the company the position I cherished working the most was being part of the Dream Squad. In order to attain that position you had to get nominated and approved by the operations manager, turn in a resume, and get interviewed.  I’m not going to say much about the Dream Squad except imagine being Santa Clause everyday. It was simply phenomenal.

So, you might be asking yourself why on Earth did you quit this magical place? I quit simply because I was accepted into UCLA on a summer scholars program and I was unable to work full time, commute on the Metro, and attend all my classes without something suffering. I could only stretch myself so far.  But before I’m done reminiscing I would like to say that Disneyland gave me the greatest gift of all, my Husband.  Yes, ladies and gentlemen when the person that interviewed me on the first day told me that I was going to find love there I dismissed it.  Little did I know how truly magical my time being there and how it would change me forever.

Maybe one day I will return to the place I consider my second home but for now I’m setting my sights on other things.  I’m very happy about the work skills I acquired while I was with the company. My Husband often thinks I’m weird for asking people if I can take their photo for them when we are out and about but I can’t help myself. There are so many magical stories that I’ve yet to share with you and so many things I have learned that I would love to list but that will have to wait until next time. In the mean time here’s a little glimpse of me when it all began circa 1999.